13.12.2022
We invite you to a short summary of the struggles of our darter Tobias in the autumn 😉

Polish Cup in Częstochowa and Mikołów

Tobiasz finished the Polish Cup in Częstochowa in 33rd place (out of 98 players).
The next tournament of the Polish Cup rank was Mikołów. In the group stage, Tobiasz defeated one of his rivals 3:0, in the second match he lost 2:3, however, such results gave him the exit from the group again from the first place. In phase 1/32 Tobiasz confidently defeated Grzegorz Muszalski 4:0 and on his way met Sebastian Steyer, seeded 2nd in the tournament. On that day, unfortunately, Sebastian was out of reach and won with Tobiasz 4:0, and in the final Sebastian defeated Adam Bieda.

Behind Tobiasz is also the first round of JLD Salos autumn 2022.
1st league - the current champion Tobiasz Fuczek is in the lead, who has 3 points advantage over the leader of the Superdarter tournament - Marcin Błaszkiewicz
In individual achievements, Tobiasz is also in the lead, with the highest finish leg 160 and the most entries.

The season in the Silesian Darts League is also starting. After two sessions, Tobiasz is in 4th place, but he has two games left to play. At the last session, he defeated one of the favorites of the league, Łukasz Rojek, 4:1 and at the moment he does not have to look for his rivals.

The Silesian Championships can be easily treated as the Polish Team Championships because a record number of participants appeared at the start: 24 teams of about 130 people from all over the country.
Tobiasz as a player of the Salos Jaworzno team and league, together with Tomasz Wierzbik, Marcin Błaszkiewicz, and captain Krystian Cebula, take note ... the historic 3rd place!!!!!

This is the greatest success in Tobiasz's career, along the way they defeated teams such as Milon, Ochodze and in the semi-finals they succumbed to the Lider Częstochowa team, which consisted of stars (Dawid Robak, Łukasz Kulej, Mateusz Sawicki). The team from the Czech Republic, which dominated the weekend in Mikołów, wins.

Tobiasz ends the 2021/2022 season in 102th place in the Polish Cup Ranking. 1,189 people scored points this season, so the result was positive and encouraging for further training. 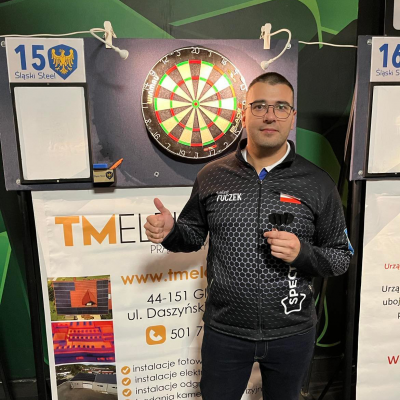 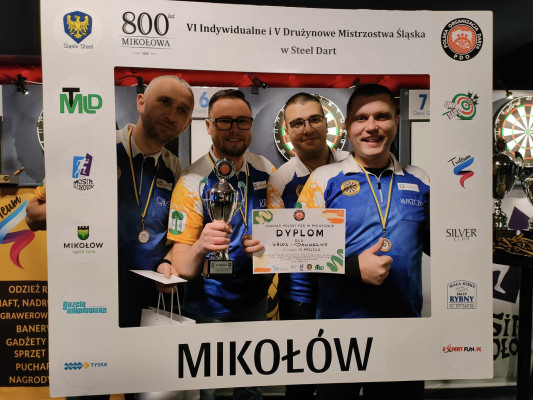 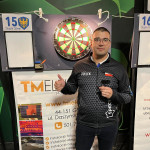 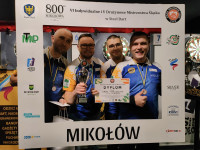